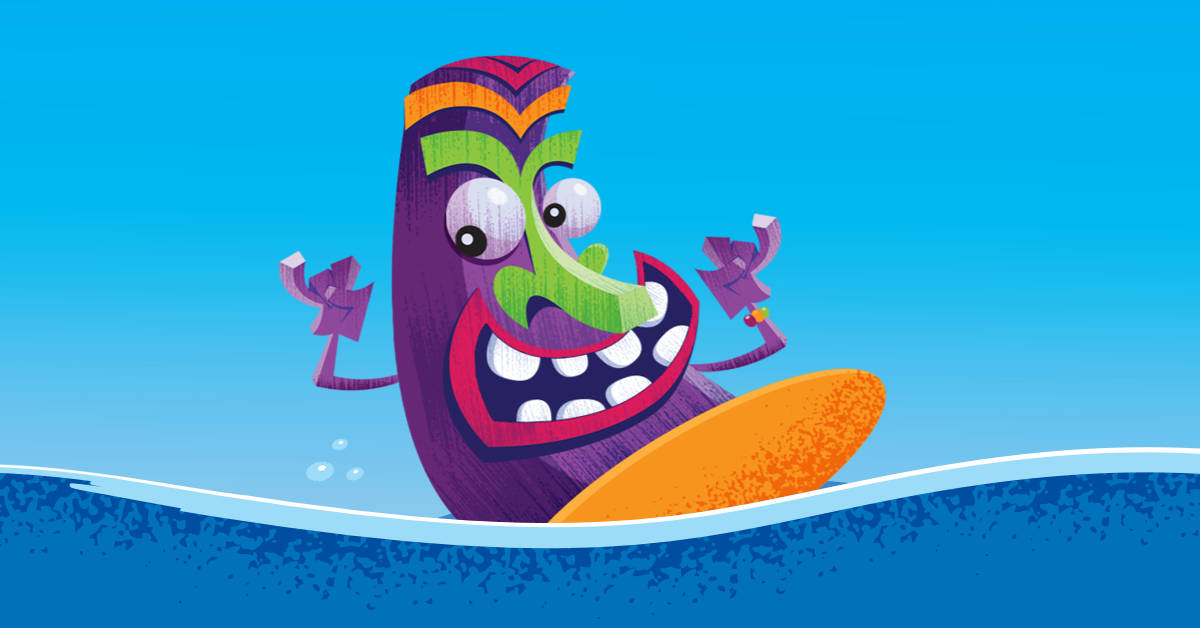 Totally Tiki – A Tidal Wave of Tiki Art and Culture

Oddball Art Labs has chosen to make Tiki the theme of our big summer 2022 show, Totally Tiki, but why would we choose a topic that is viewed as ‘tacky retro’ by many? The humble Tiki had a wider influence on the Western art world than many care to admit and continues to fuel the imaginations of many Lowbrow artists to this day. [And it should be obvious by now that we love Lowbrow art.]  🙂

The Influences of the Tiki on Art

The Tiki has had a greater influence on the modern art world than many realize. The 20th century saw a rise in American’s fascination with the Pacific Islands and their native culture. Images of the traditional life of native islanders captivated the residents of the Continental U.S. and brought about a desire to fill their mundane environment with some of the iconography of the islands.

Primary among these images was the Tiki!

Post World War II returning GI’s brought back images of the Pacific Islands and the fascination with Tiki emerged.  By the 1960s Tiki could be seen everywhere. It adorned buildings, restaurants, motels and all manner of advertising. Exports of authentic Tiki could not keep up with the insane demand, so countless mainland artists began carving their own, imbuing them with added modernism and cartoonish whimsy.

The Tiki fell out of style in the 1980s when its excessive use started to be viewed as cultural appropriation. Many wonderful works of artistry found themselves in the trash heap as buildings, household items and art was discarded. In this rush to remove the Tiki from modern life, we forgot the impact it had on much of the aesthetic of the time.

Polynesia is a subregion of Oceania, made up of more than 1,000 islands scattered over the central and southern Pacific Ocean. The indigenous people who inhabit the islands of Polynesia are termed Polynesians, sharing many similar traits including language family, culture, and beliefs. Historically, they had a strong tradition of sailing and using stars to navigate at night. The largest country in Polynesia is New Zealand.

Polynesians worshiped their ancestors and sculpted idols out of wood and stone to honor them. Tiki was known as the first man, comparable to the Christian Bible’s Adam. Eventually all Pacific idols of this type came to be known as Tikis.

An Early Obsession for Some

The paintings created by Gauguin evoked a simpler life among the people of Tahiti. By shunning his life in Paris for a bohemian life in the tropics, Gauguin hoped to return to an earlier time for mankind and bring forth a greater truth in his artwork. Sadly, the genius of his work wasn’t fully appreciated until after his death.

The tales of Herman Melville captivated readers during the mid 1800’s. He achieved fame for his series depicting a ‘Peep at Polynesian Life’, in his books Typee (1846), Omoo (1847) and Mardi (1849). Interestingly, Herman Melville’s classic Moby Dick was not recognized in his own time. He died in poverty and obscurity.

During the Golden Age of the movie industry, Hollywood producers found in the South Seas the captivating visuals and daring stories they knew would bring viewers into theaters. Although, truth be told, most ‘South Seas’ footage during this period was actually filmed on Catalina island just 22 miles off the Los Angeles coast.

The Kon-Tiki Expedition was Thor Heyerdahl’s proof that the early Polynesians could have traveled from South America to the Polynesian islands with the technology at their disposal. In 1947 he organized the construction of a raft using balsa logs and native materials in an indigenous style. The trip began in Peru on April 28, 1947 and lasted for 101 days as he and his small crew traveled 4,300 miles across the Pacific Ocean to Tuamotus.

The book chronicling the voyage went on to be a best seller and his documentary film won an Academy Award.

To mainland Americans, the Tiki came to represent the desire for an earthly paradise. The craze started in California, but soon spread throughout the Continental US. The veterans returning from the Pacific theater of World War Two carried with them tales of the beauty of the region, and America wanted to escape into the simpler world represented by the Tiki.

Hollywood influence heavily affected the Polynesian bars and supper clubs that sprang up during this time. The lavish ‘natural’ interior environments created for these establishments offered their patrons an escape from the harsh steel and concrete found in most growing American cities.

When Hawaii was admitted into the Union in 1959, entrepreneurs and developers were more than happy to help island-happy mainland American’s bring some of the new state’s ambiance to their cities.

The Tiki phenomenon was often most predominant in colder climates where the desire to escape to a warm and inviting world was most desired during the long winter months. One of the grandest of these palaces was the Kahiki in Columbus Ohio which opened in 1961. It topped any previous structure built in the Tiki style and provided a doorway into another time and place. The interior was filled with large waterfalls and giant, ornate Moai. Even though it was added into the National Registry of Historic Places, it was torn down in 2000 to make way for a Walgreens drugstore.

The rise of this ‘primitive art’ had a profound influence on Pablo Picasso and others in the Modern Art movement. Mid-century modern artists discovered a truth in the way traditional Oceanic and African art depicted art as more than just visually ‘true to life’ representations. The deconstructive influence of Polynesian art on the cubist and abstract modern art world is undeniable.

Modern architecture of the 1950’s also found inspiration in Polynesia. The striking A-frame buildings and jutting angles that we can’t help but associate with the ‘Atomic Age’ of architecture, were obviously influenced by the simple beauty of the Pacific huts.

Did America get a little bit too crazy with its Tiki obsession? Yes, definitely. Tiki decorations in every home, Tiki housewares, Tiki Apartments, Tiki Motels and even Tiki Bowling Alleys made the entire Tiki esthetic over-saturated and overused which led to its being unappreciated…and culturally insensitive.

The generations growing up in the 1950’s and 1960’s began to see America as oppressive to the other cultures around the world. So Tiki quickly faded out of style, rejected by people who viewed it as a tacky and crass way for companies to push consumerism.

Sadly, in America’s rejection of Tiki Pop, many creative works of artistic merit were destroyed to make way for ‘better’ things. The Tiki aesthetic had made a profound impact on so much of modern American life, but in a rush to wipe it away so little of it was preserved.

Those familiar with Oddball Art Labs will know that we have a definite fondness for Lowbrow, Pop Surrealism art. This same movement is largely involved in the resurgence of Tiki Pop as an art form. Mark Ryden, Shag, Coop, Mitch O’Connell and many others began incorporating Tiki and Moai into their art.

This revival saw Tiki mixed into many different genre themselves, from hip 1950’s bar scenes to sci-fi abduction experiences. The 21st century artists chose to depict their love for the iconography through both classic depictions and colorful futuristic reinterpretations.

You can now find Tiki mugs of every type featuring interpretations of the popular heroes from our own mythology of super heroes and science fiction swashbucklers. Even SpongBob SquarePants blatantly shows its love for Tiki.

Even though the Tiki aesthetic was overused for some time, it should not discredit the art form. The new resurgence of Tiki art is just many people’s way of celebrating the roots that connect all of mankind.

Other Amazing Tiki Creations for Your Enjoyment

Some of the Tiki images used above were found on https://commons.wikimedia.org